For nearly 30 years the Hubble Space Telescope has delivered the most breath-taking images of space that humanity has ever seen. Neighboring planets, explosive nebulae, sprawling galaxies and globular clusters jam-packed with stars are just a few of the heavenly objects that Hubble has made up-close and personal for us to enjoy. These images have resulted in a number of discoveries, perhaps the greatest of which is the incredible artistry of our Creator.

Take just a moment right now to check out a few of the spectacular images Hubble has captured:

Leonardo da Vinci could never have imagined the beauty the heavens would reveal. Picasso couldn’t have pieced together the jigsaw that holds it all together. Even Shakespeare would be at a loss for words trying to describe the stage that God has set in this great theater of the cosmos. Indeed, God is the Master Artist, the Creator of all things.

When we think of our environment, we tend to think in terms of our immediate surroundings — our homes, our workplaces, our neighborhoods and even our planet. We don’t generally consider what is beyond that because we don’t really understand it, do we? All we really know is that we are floating on some rock we call Earth somewhere in a place we call the universe. But what exactly is the universe?

According to NASA, “The universe is everything. It includes all of space, and all the matter and energy that space contains. It even includes time itself and, of course, it includes you.” The universe, then, is our complete environment. Yet we cannot understand the fullness of the universe. We don’t really know how big it all is, if it ends or, more confusingly, where it ends and what it ends at. Yet there are some very real lessons about God that we can learn by considering all of this.

“The heavens declare the glory of God; And the firmament shows His handiwork.” – Psalm 19:1

God, the Creator of it all, is an eternal being. The sheer magnitude of the universe reflects His infinite glory. But perhaps the more surprising discovery, one that has perplexed theologians for centuries, is that He is also intimate. As theologians describe it, God is both transcendent and immanent. That is, God is both infinite and intimate. Charles Darwin, when considering the evolution of the human eye, described it as one of the most difficult problems his theory had to explain. “To suppose that the eye,” Darwin wrote, “with all its inimitable contrivances for adjusting the focus to different distances, for admitting different amounts of light, and for the correction of spherical and chromatic aberration, could have been formed by natural selection, seems, I confess, absurd in the highest degree.” Darwin himself was taken aback by the spectacular intricacies that comprise God’s creation.

The tension that exists between God’s transcendence and His immanence, His infinite and intimate nature, also perplexed Solomon. After building the temple, he declared, “But will God indeed dwell on the earth? Behold, heaven and the heaven of heavens cannot contain You. How much less this temple which I have built! Yet regard the prayer of Your servant…” (1 Kings 8:27-29). Solomon, in all his wisdom, struggled to comprehend how a God so inconceivably immense could be so compassionately present. Yet he accepted it.

Amazingly, the same God who formed the most far-off distant galaxy has numbered the very hairs of your head (Matthew 10:30). He pieced together the constellations that so faithfully rise in due season, yet He has known you from your mother’s womb. “For You formed my inward parts,” the psalmist declares, “You covered me in my mother’s womb. I will praise You, for I am fearfully and wonderfully made; Marvelous are Your works, and that my soul knows very well” (Psalm 139:13-14). Indeed, the entirety of the universe exists within Him, yet He dwells within you (John 14:17).

On Christmas day, December 25, 2021, NASA launched the James Webb Space Telescope. As a huge astronomy fan, it’s a project I have followed closely since it was first announced some 20 years ago. This new telescope promises far greater resolution and sensitivity than the Hubble telescope, providing visibility to objects up to 100 times fainter than the faintest objects Hubble could detect. In just a few short months we will capture our first view of those objects, an even greater glimpse into the glory of our Creator.

As you consider these new images, the universe, your environment, consider that which is within you as well as that which is greater than you can imagine. Only a God of infinite love could have the power to create such beauty in the heavens and yet care enough to enshroud His divinity with humanity, to enjoin Himself with the human race, to take our place on that cross at Calvary. Both infinite and intimate, He has demonstrated to all that He is a God who is worthy of our worship and our trust. Full of power, majesty and truth, He knows everything about you, good and bad, and He loves you even to the end of Himself.

“Who is like the Lord our God, who dwells on high, who humbles Himself to behold the things that are in the heavens and in the earth? He raises the poor out of the dust, and lifts the needy out of the ash heap, that He may seat him with princes — with the princes of His people.” – Psalm 113:5-8 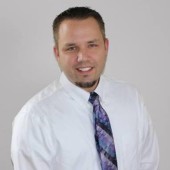 IS THE UNIVERSE FRIENDLY?